Well done to all children who took part in the Dance competition on Monday. The Red house and yellow house made it through to the final, and the overall winners were Green house . Everyone involved had a great time and it was lovely to see the children’s’ enthusiasm for the event. Please see the photos below.

In maths this week learning has been focused on adding together, adding more, using bonds and finding a part. Please see the photos below of the children hard at work, carrying out practical activities in maths.

Our topic of ‘Childhood’ came to an end this week! The children have thoroughly enjoyed this topic and we concluded by having a true and false quiz in the classroom and looking at all the new vocabulary we have learned throughout the topic. We also discussed if we think it was better to be a child in the 1950s than today and spoke about different aspects of childhood in each era, we then challenged the children to express their views. The children also had lots of fun having a go at acting out the different stages of life!

In science this week we learned about the senses of taste, smell and hearing. The children were asked to think about their own experiences of using these senses, considering which smells they do and don’t like, describing different foods using the vocabulary bitter, sweet, sour and salty and also learning the different parts of the ear.

In PE this week, the children played a team attack and defend game.

We are continuing to practise phonics twice daily.

In Jigsaw Jack session we asked the children to consider how they feel about Year 1 after having spent a full term here.

After the half term holidays we will be beginning our new topic ‘Bright Lights, Big City’ when we will be finding out all about London!

In maths we have been learning about number bonds within 10. How many different ways can we add two numbers to make the same whole. Ask your child about how to do this systematically too! 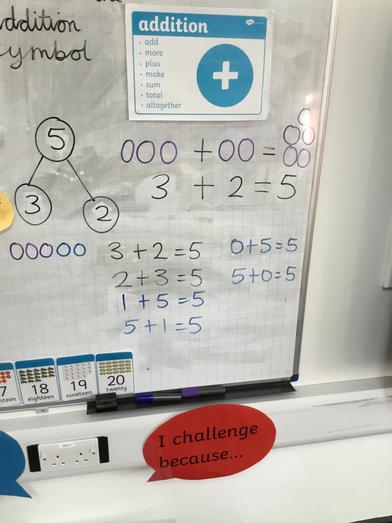 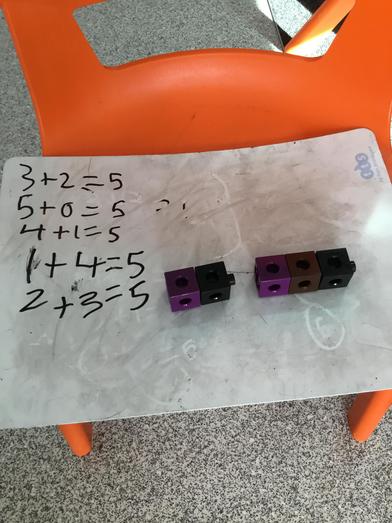 In topic we have put together our very own Childhood knowledge Journal with information about Childhood in the 1950's. 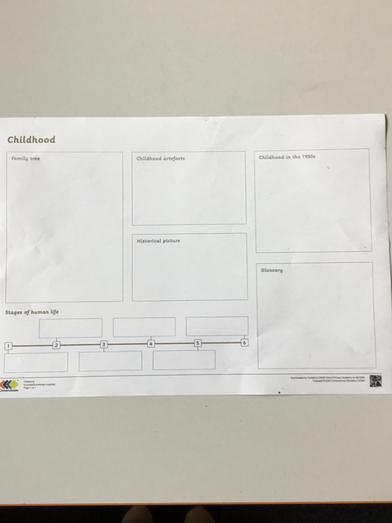 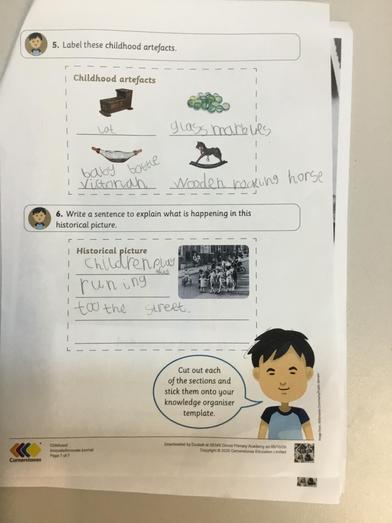 In science we carried out an investigation- 'How does it feel?' We used our sense of touch and sight to help us find out if the properties of clay changed when warmed!

Ask us what opaque, transparent and absorbent mean! We learnt this too!

In maths we will be looking at addition across the week.

In topic we will be bringing all of learning from 'Childhood' together with a quiz!

We will also be practising defending a goal again in PE.

Science will involve our sense of taste, smell and hearing.

What a lot of fun we had when the Museum came to visit us! As part of the 'Have toys changed workshop' the children were able to handle and play with old toys! They also made their own story spinners and sorted new and old toys.

In maths this week we have introduced parts and wholes, and been using the part-whole model. Later in the week we learned about the addition symbol. Please see the photos below of the children hard at work, carrying out practical activities in maths.

During topic this week we have thought about the Queen’s Coronation that took place in June 1953. The children looked carefully at photos of the event, described it and then went onto make their own crown! On Tuesday we looked at a map from the 1950s and compared this to a map of the same area in the present day. The children were able to notice what had changed over the time period, such as, more cars and bigger shops.

In PE this week, the children have been throwing at a target and continuing to defend, practising defensive positions.

We are continuing to practise phonics twice daily.

In maths we will be learning about addition facts and looking at systematic methods for number bonds within ten.

We will be continuing to think about our bodies and the five senses in Science.

We have been ordering objects depending on the amount in each group, for example, 5 strawberries, 3 apples and 2 bananas. We then moved our learning on put numbers in order from smallest to greatest. We have used a number line to help us with this too. 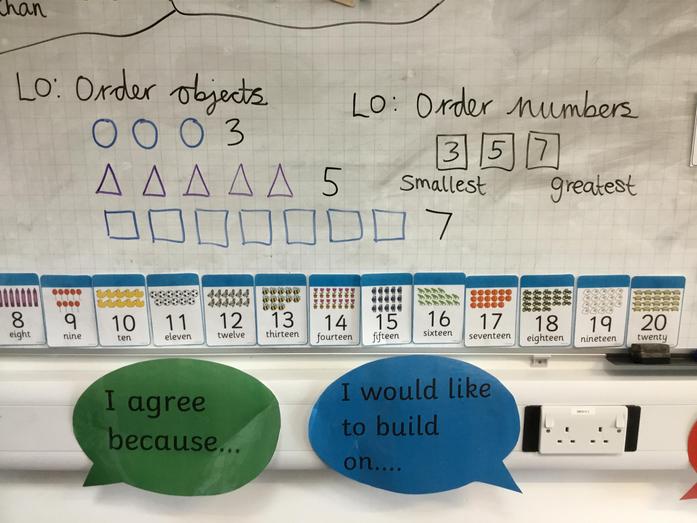 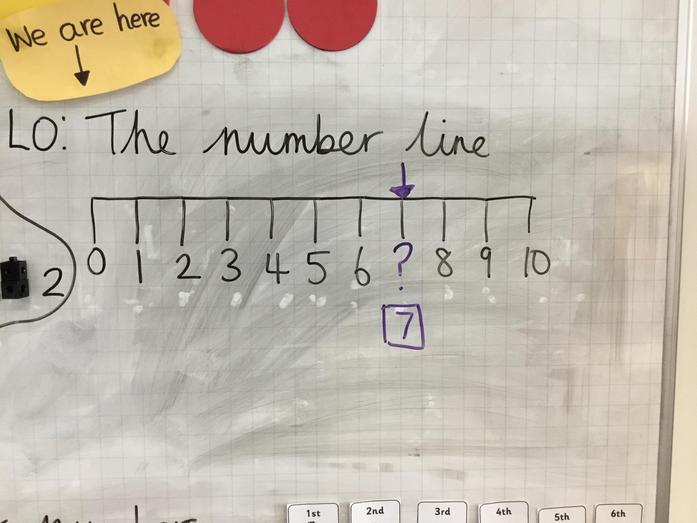 We have thought in a lot of depth about what life was like in the 1950's and also looked in detail about childhood in the 1950's, thinking about questions such as- what toys did children play with?

We then had a very exciting afternoon and got to look at some very old toys from the museum! 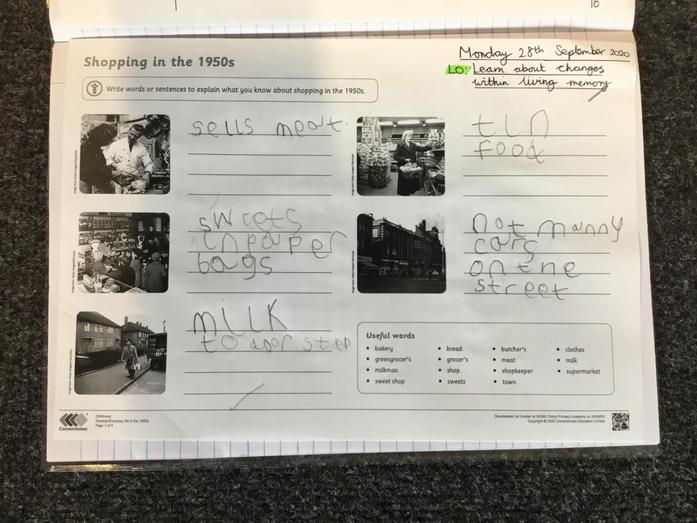 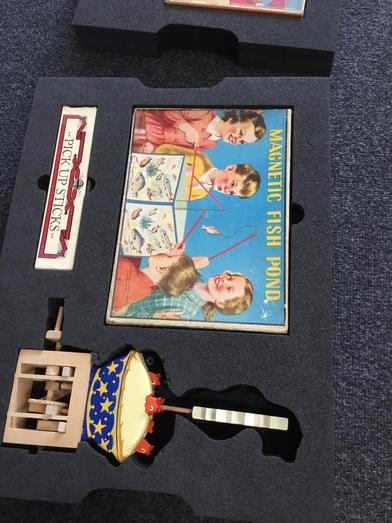 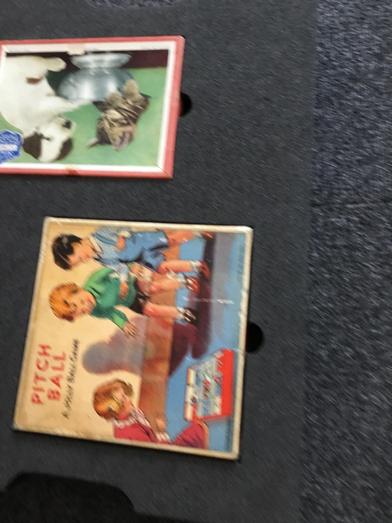 Can you remember the names of any toys and how they were played?

We thought all about why humans have two eyes. We carried out a test to see if we could do activities easier with one eye or two and why we thought this.

In PE we started to refine our skills throwing at a target.

We have continued to do phonics everyday.

In PSHE we talked about how it feels to be 'proud'.

We are having a special toy workshop on Thursday morning!

In maths we will be introducing parts and wholes with our numbers.

In science we will be finding out the importance of our sense of touch.

In topic we will look at how places have changed over time.

In maths this week we have been learning one to one correspondence counting and how to compare objects, and numbers, using the language and maths symbols of ‘greater than’ ‘>’ ‘less than’ ‘<’ and ‘equals to’ ‘=’.

Below are some photos of our learning methods.

Our topic of ‘Childhood’ has led us to think about family trees this week, we thought about how everyone has a unique family tree. We looked at how a family tree can be ordered and the different relationships that there can be, using language, such as ‘Mother’, ‘father’, auntie’, ‘uncle’, ‘sister’, ‘brother’, grandparents’. We then went onto learn about and order decades on a timeline, we looked at some of the different events that have happened over the past decades and thought about the passing of time.

This week we were learning all about our memory, why it is important and how we use it! We carried out simple tests on the memory, such as looking at the slide (see below) and then seeing if we could remember all of the different pictures when we no longer were looking at the slide. We then discussed the results.

Maybe you could carry on this game at home to strengthen your memory!

In PE this week, the children have continued to think about attach and defend strategies and throwing underarm.

We are continuing to practise phonics daily.

In maths we will be ordering objects and numbers, learning about ordinal numbers and looking at the number line.

We will be continuing to think about our bodies in science and being learning about the senses.

In topic lessons we will be looking at childhood in the 1950s and be thinking about what the similarities and differences are compared to childhood today.

Some of our maths methods used 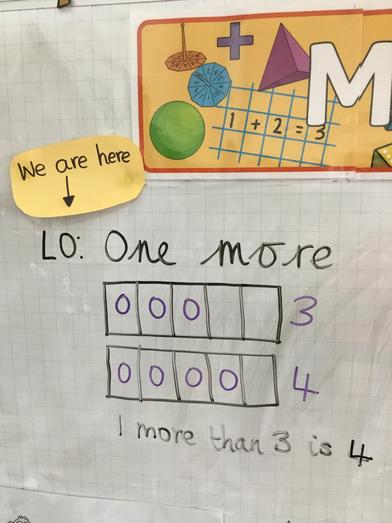 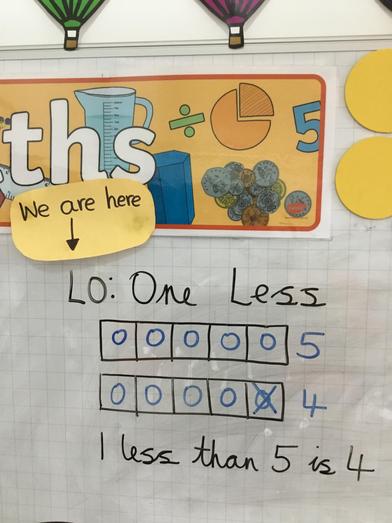 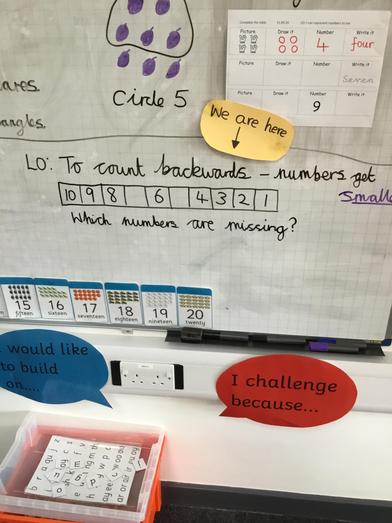 We have been thinking all about our own childhood starting with how we grow from a baby through to adult hood as well as thinking about how this looks on a timeline.

We also described an important event in our own life such as a birthday or wedding.

We have been thinking all about the human body. We have been naming the parts of the body as well as thinking about what different parts do! We made new versions of the song- Head, Shoulders, Knees and Toes too!

Could you do some of these at home too using different body parts?!

We did our first PE lesson this week and the children practised throwing and used this skill to defend their own goal (hoop) to stop their opponents bean bags.

We are continuing to practise phonics daily.

In maths we will be comparing both objects and numbers and thinking about which set or number is greater or smaller.

We will be continuing to think about our bodies in science and will carry out an investigation on our memory!

In topic lessons we will be learning about life in the 1950's and look at how things have changed.

All of the children in Beech class and Maple class have had an excellent start to Year 1! The Children have been introduced to the new routine and rules of being in Year 1 and there has already been some great learning going on.

Throughout week one and two we have been revising previously taught phonic sounds. The children have been working hard to write words linked to the daily taught sound and also write a simple sentence.

During weeks one and two, our topic has been focused on the book ‘Here We Are’ by Oliver Jeffers. This has prompted us to think about planet Earth and our place within this world. We also thought about ways to keep ourselves safe and healthy and ways to look after the planet. The children carried out an activity that made them think about how they had changed since they were a baby and the different stages of life. This linked nicely to the Term 1 topic that we will be starting next week- ‘Childhood’, and we have had a class discussion about what we would like to find out during this topic.

Next week will begin our new topic called ‘Childhood’ and continuing phonic revision. In maths we will be continuing to think about number, focusing on counting forwards and backwards and counting one more and one less.