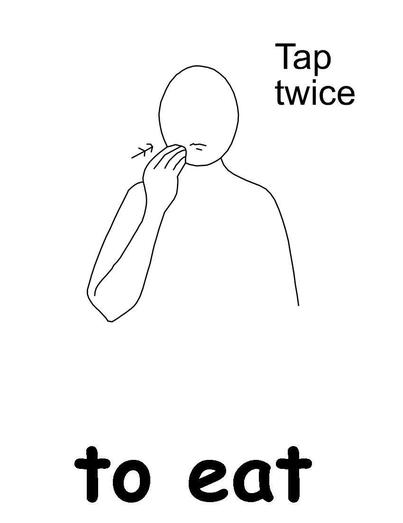 We have continued our group Phonics sessions where children move at a pace suited to their needs. We have been revising sounds such as ‘c, k, u’. Children are moving on to writing simple words with these sounds in and some have been writing simple sentences.

This week we have looked at comparing numbers 6 to 10. Children have been using the language of less and more to describe quantities and compare amounts.

Our topic this week has been around many of the different festivals that occurred, this included Diwali and Remembrance Day. Children have heard the story or Rama and Sita and acted this out. We also made poppies.

We continued our work on the Gruffalo, looking at the mouse in detail. We re-read the first part of the story and describes the character.

Makaton signal this week was ‘more’. After half term ‘finished’ 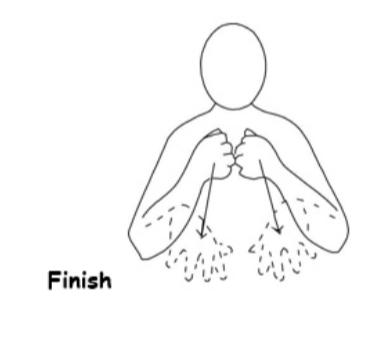 This week we started our group phonics so that children can move at a pace that suits their learning. Lots have learnt new sounds such as ‘nk and ng’. We have also revisited sounds such as ‘m, a and s’

This week we looked at the number zero and began to learn number bonds to 5. Children used a range of equipment to show two numbers that add together to make 5. Some were able to write addition number sentences to match these images.

We continued our work on the Owl Babies and did some writing about what the owls say. We used initial sound and took ideas from the story.

We have done lots work linking to our topic ‘What’s that sound?’. This included making our own instruments and listening to an orchestra. The children were very creative with their instruments and some performed together.

Next week is: more 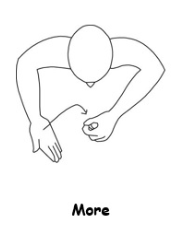 This week in Reception we are coming to the end of our topic of 'Do you want to be friends?'. Becoming more independent is a part of this topic and the children this week have been learning how to become more independent with getting dressed, this included putting on coats, doing up zips, buttoning cardigans etc. Please let us know if your child dresses themselves at school and let us know through Evidence Me Online Learning Journey. The children have also learnt about the story "The Lion and the Mouse" and discussed words to describe the characters and the meaning behind the story.

This week we have been focusing on time. In Reception, this explores day and night time activities, how long a second and minute is, days of the week and also months of the year. We discussed the concept of time and that it is something that never stops. If you want to do some more practise of this with your child please look at the lessons uploaded to Google Classroom. This week in exploring time, the children have been drawing their friends, measuring time with stopwatches and sand timers, practising writing sounds and much more! This week the children have been learning the sounds: j,v,y,w. Children have been writing these letters and sorting initial sounds. They have also been using magnetic letters to blend words such as c-o-t, b-u-g and c-u-t.

This week the children have had an introduction to addition and subtraction. We have used this to find one more and less of numbers to 5. We have explored this using equipment such as the 5 frame and numicon.

We have continued our ‘do you want to be friends?’ topic. We read the story of ‘Lost and found’ and wrote a list of what makes a good friend. We have been listening to sounds and matching them to pictures.

During their independent time the children have been writing about the Owl babies story, name writing and using numberblocks characters.

Makaton sign for the week was: please. Next week is yes and no. The children have continued to learn more sounds including 'e, l, h, sh and r', we are really working on our blending in class which will help them to begin to read, for example 'c-a-t -cat'. If you ever want to recap some of the phonics sounds we have done in class, please log in to your child's Google Classroom and get your child to watch one of the phonics tutorials that are uploaded daily.

In maths this week, we have explored sorting and making numbers 0-5 using a variety of resources, including Numicon, part-part whole models and five frames. Please see examples below: 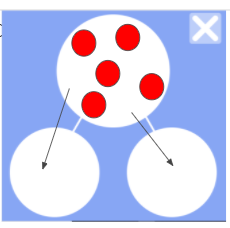 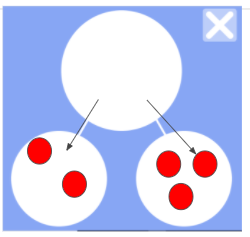 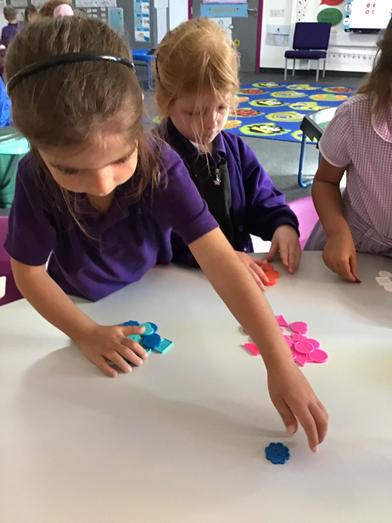 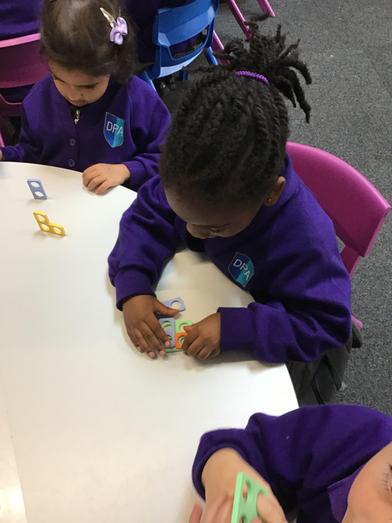 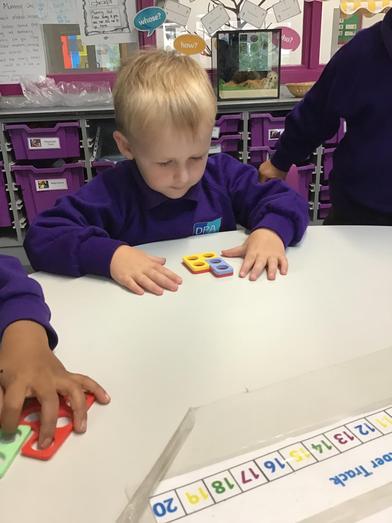 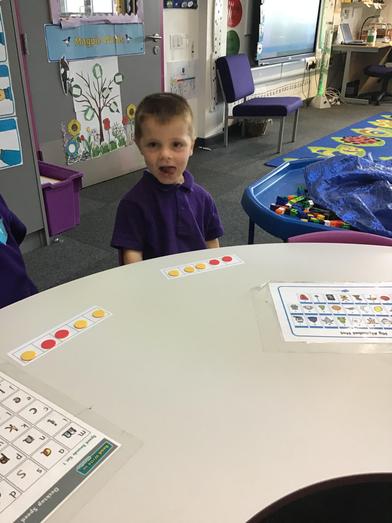 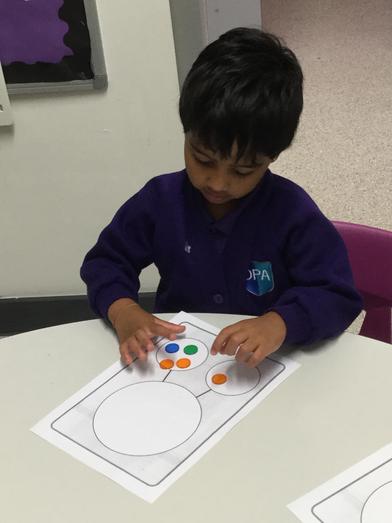 In our topic of 'Do you want to be friends?' we have had group time discussions about 'People Who Help Us in the Community', played friendship games and some listening games. Many of the children also sent in their 'Special Items Photos', they really enjoyed explaining why these were special to them to their friends.

In our exploring time we continued to become familiar with Numicon, practised hearing and writing initial sounds and also painted some Owl Babies and much more!

This week we have been learning the sounds: c,k,u,b and f. The children have been working really hard with their phonics and are practising hearing the initial sounds in words.

We have continued to look at the story of the Owl Babies and together as a class wrote a wanted poster for Mummy Owl. We described what she looked like so that we can find her!

During our Topic lessons and exploring time we have been discussing our feelings and ways in which we can help someone who is feeling sad. We have thought about our bodies and how we can use our voice to make different types of sound.

This week in Reception, the children have continued to settle into school routines and also had their first PE lessons. We are continuing our topic 'Do you want to be friends?' which introduces the children slowly to school life, expectations and making relationships with other children.

The children have been introduced to the story Owl Babies, so far we have looked at the first few illustrations and read the first two pages and used this to predict what is happening in the book. The children have worked together to write a free verse poem about the sounds they would here if they were an Owl Baby in the woods.

Reception have now began official maths lesson and we are learning a number a day. The children learn all the different ways we can represent numbers including the numeral, quantity, Numicon, fingers and much more. They also have a chance in the lesson to put their knowledge into practise by completing the given maths activities at the tables. Ask your children what numbers they have learnt this week.

Have a look at what they are doing during their child-initiated learning in exploring times:

This week the children have completed their first full week at school and had lots of fun!

We have started learning new sounds in phonics these were: m,s,a,d, and t.

The children have shown lots of enthusiasm for their new learning. We have been practising our counting skills by singing and chanting.

Our week was made even more exciting by a visit from the Air Ambulance! The children watched as it landed and took off on the school field. In our Topic lesson we went on a sound walk to listen to all the sounds around us, we heard voices, the builders and grasshoppers! We also learnt about our school and all the important people who work there.

The children have settled really well into their new settings and are becoming much more confident with their new classroom routines.

The children in Hazel and Cherry class have settled in nicely into the school surroundings and have enjoyed exploring the classrooms and Early Years Playground. We are very much looking forward to the children starting full time from Monday!

Photos of first days at school