This week has been assessment week for Maths and English. The children have worked really hard to show what they've learnt over the past term, being assessed on:

Well done to all the children for trying so hard.

As we come to the end of our topic, we have brought together all our research on China (both modern and ancient), creating an itinerary for a once-in-a-lifetime adventure to the Far East. Children were encouraged to work out where to start the trip, what to do on each day and interesting facts about each stop. As well as this, we have decorated the classroom with a range of Christmas art, including our DT products which are fabric Christmas decorations. (Pictures to follow)

Please go onto our Google Classroom page to see the children's Christmas performance - their own take on a Christmas nativity.

Topic - Summary of the term

This week in English we looked at how Michael was dealing with the discovery of Skellig, as well as his new friendship with Mina. We started by working on a poem called Russian Doll by Rachel Rooney with each verse based on a different characteristic. Reading further into the book, we tried to build up more of a character profile of Michael so that we could write a diary in role, dealing with the issues of feeling alone, resentful towards friends and family and curious about his new discovery.

A final week on area and perimeter. We started by looking at the similarities and differences between perimeter and area, noting that they both use similar methods. We looked at calculating area using the counting of squares, but then extended this thinking to shapes that weren't on grids. Finally, we looked at irregular shapes, estimating what the area could be.

Starting with Science on Monday, we investigated the force it takes to close a door. Planning an investigation using newton meters, we concluded that the best place to close / open a door is furthest away from the hinge. In topic we explored a range of artefacts found inside Fu Hao's tomb, a notable figure from the Shang Dynasty as she was a high priestess, military leader and wife to the Emperor. Her tomb, discovered in 1976, was not looted like so many others so was able to give insight into the cultural, religious and historical aspects of the Shang Dynasty.

Topic - Planning a trip to show off the modern and historic China.

This week we started our new unit based on David Almond's text, Skellig. On Monday, we read the first few chapters, meeting Michael and his family who had moved to a new home. At the bottom of Michael's garden is a derelict garage hiding a secret. We focused on the author's description of the garage and Michael's journey through it, using it as a model for our own version.

Our last unit of this term is measurement including perimeter and area. First we started looking at how to measure the perimeter of a shape, placing the ruler and adding up cms and mms. We then looked at the perimeter on a grid, using squares to count out the sides. Finally we looked at compound shapes, where rectangles have been put together, meaning the perimeter is altered.

In Science this week we investigated how zip-wires work. We discussed how friction is more likely in rough objects than smooth, changing the ropes to test how quick a carriage would travel from A to B. In topic, we looked how religion was conducted in the Shang Dynasty. Firstly we chose a theme and created a poster about it. We then learnt about 'dragon bones', mystical bones that held medicinal powers which turned out to be oracle bones that had been buried for centuries. Finally, we trialled Now-Press-Play, taking on the role of an Athenian who has to save their city from Spartan attack.

Next week:
English - Further exploring the story of Skellig 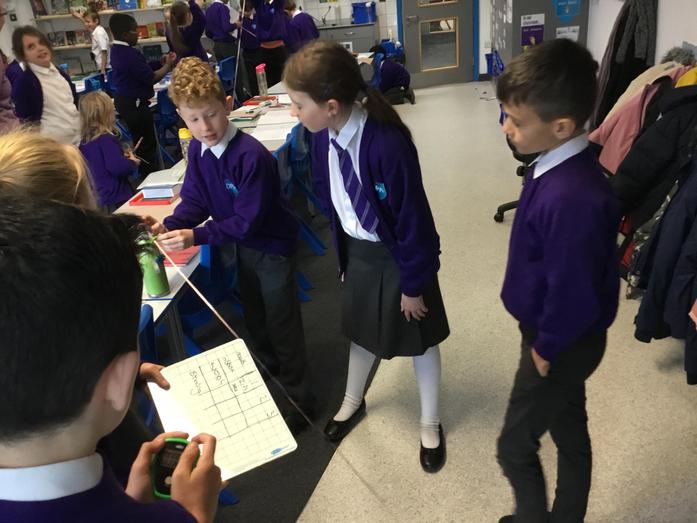 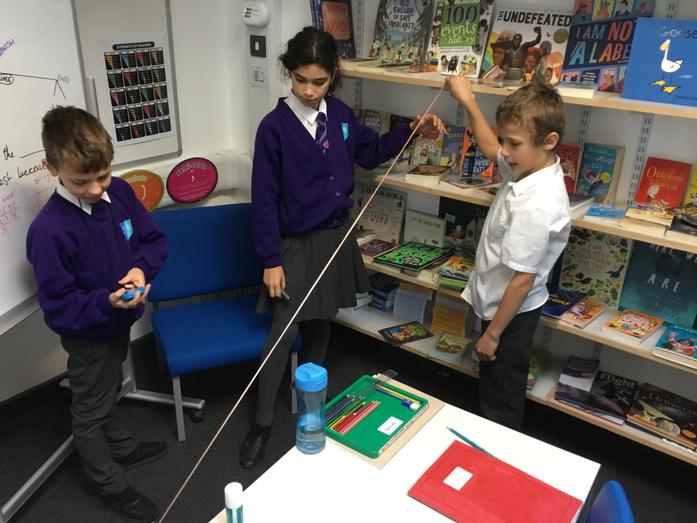 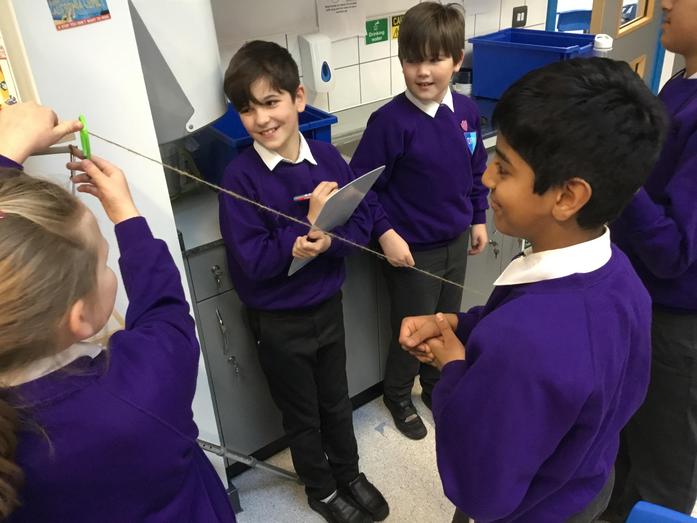 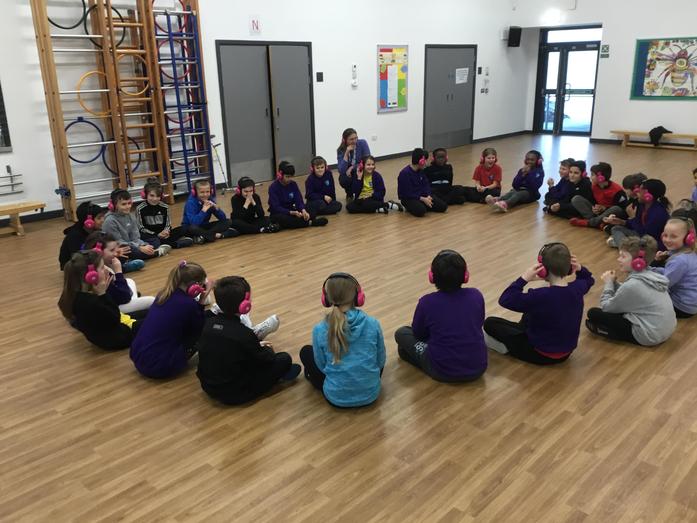 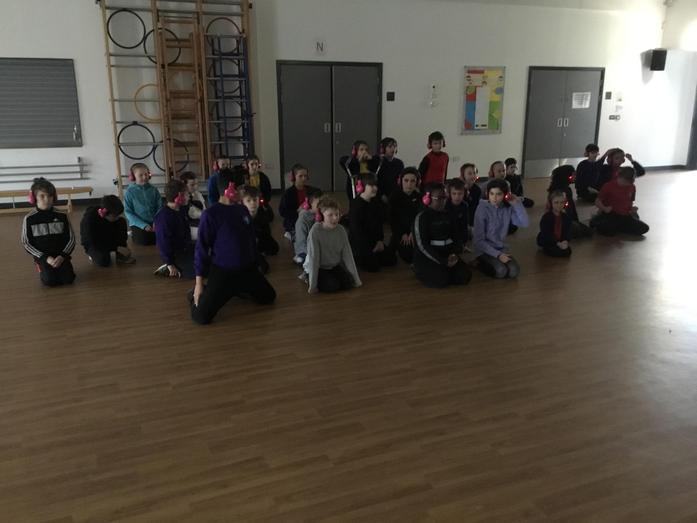 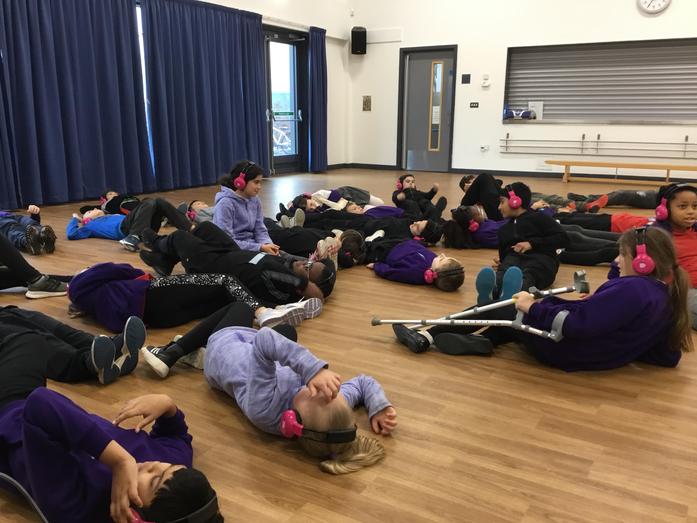 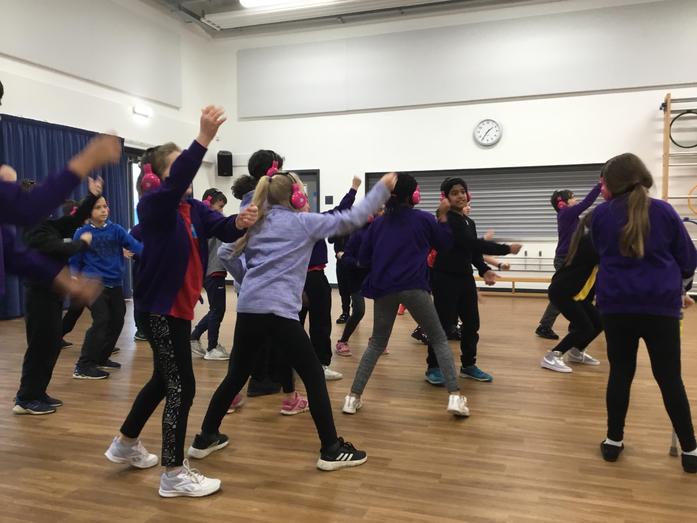 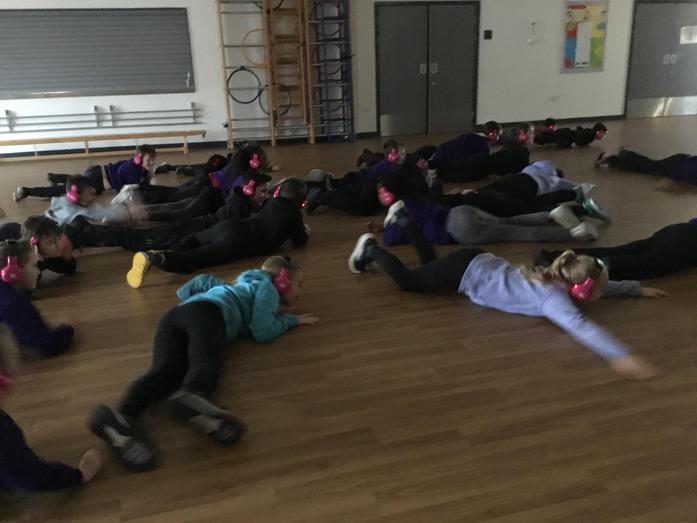 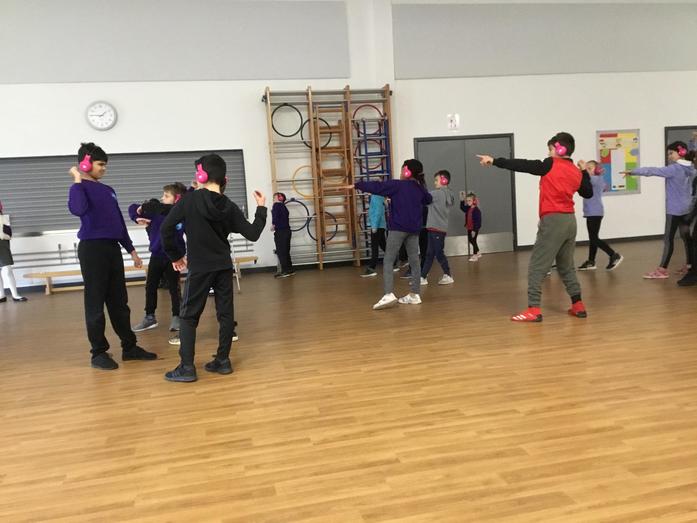 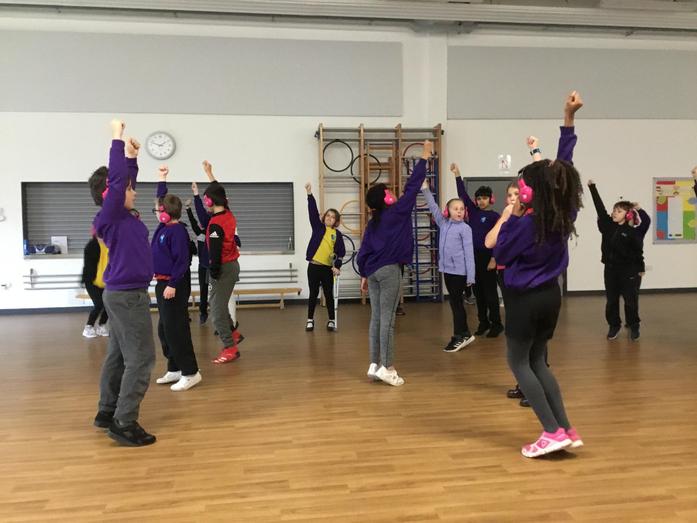 This week in English we have been working hard on our poetry slam performances. Last Friday we looked at a range of poems before voting on our favourites. We then worked together in house teams to put together a performance, focusing on the accuracy of the retelling, the expression used and the movements that match the verse. We showed it to each other twice to receive constructive feedback before filming the finished piece. Well done to Red and Green House who made it through into the final.

Our final week on Multiplication and Division this week. We looked at how to divide by 10, 100 or 1000, noting that the amount of 0s matches up to the amount of columns we move to the right. We then looked at how our knowledge of factors can help us work out more difficult calculations e.g. 32 x 30 becomes 32 x 96 then 96 x 10 = 960. We also looked at how this can be done in the inverse.

An explosive science lesson at the beginning of the week as we investigated the variables that can extend the reaction of Mentos and Diet Coke. This was followed in Topic with our focus on the Shang Dynasty, firstly looking at what we could discover about the period from an archaeological dig. We then looked at the structure of their society, from the rich Emperor and government officials at the top, to the peasant farmers and slaves at the bottom.

Topic - What are dragon bones and how did religion impact on the Shang Dynasty? 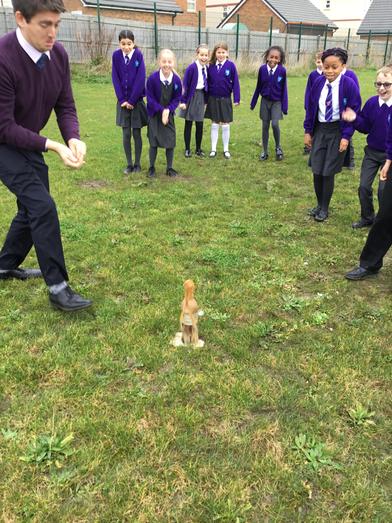 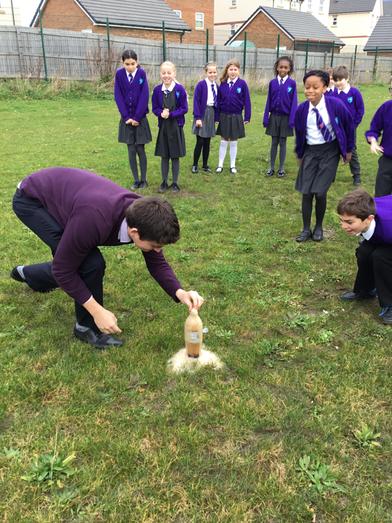 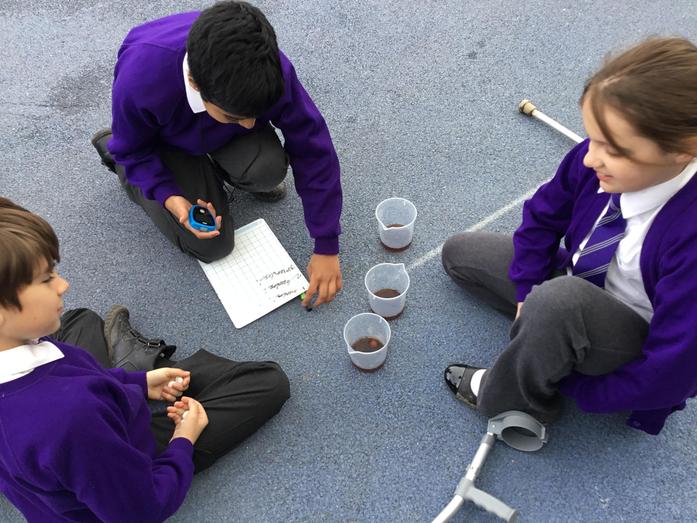 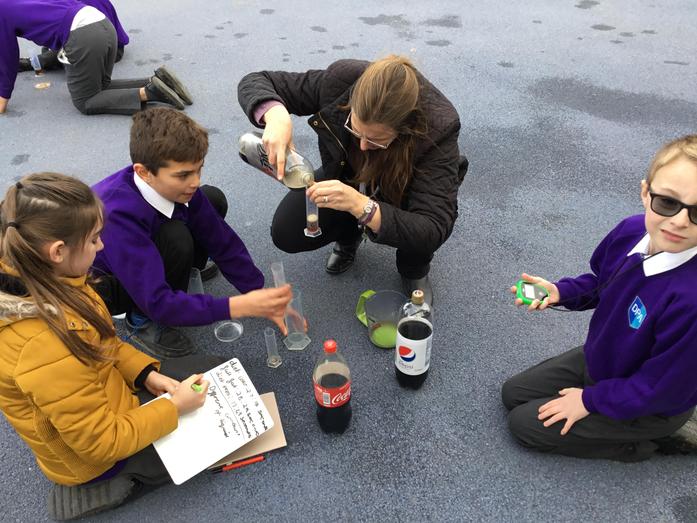 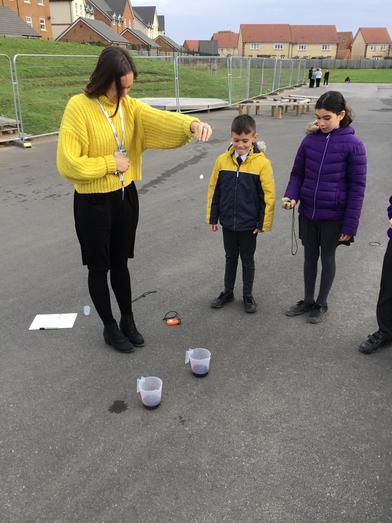 Another week on 1001 Arabian Nights introduced us to a range of new stories including 'The Everlasting Slippers', 'Ali Baba and the Forty Thieves' and 'The Scrounger'. After choosing one of the stories to sequence, we then looked at the ingredients of a Shahrazard tale: strong characters; rags to riches; unexpected turns of events; description which evokes an Arabian feel and leaving every story on a cliffhanger. We planned our own stories based on the structure of a familiar tale, then wrote it on Thursday and Friday.

We continued looking at multiplication this week starting with squared numbers (numbers multiplied by themselves - 3x3 = 9). We then moved to cube numbers, representing these with multi-link cubes (3x3x3 = 27). We then looked at how a number changes when multiplied by 10, 100 or 1000.

Our first science lesson of the half term was looking at how pulleys can reduce the difficulty of lifting weights. We were able to explore that by adding more turns on a pulley, it makes reduces the effort (but increases the rope burn or friction!) We also investigated the urbanisation of China, exploring why 100 million would move from the rural countryside to the cities during the 1990s-2000s. Finally, we looked at one of the Seven Wonders of the World - The Great Wall of China. After learning a range of facts about it, we debated whether it deserved its place amongst the other wonders.

Topic - Timeline of Shang Dynasty and the societal structure. 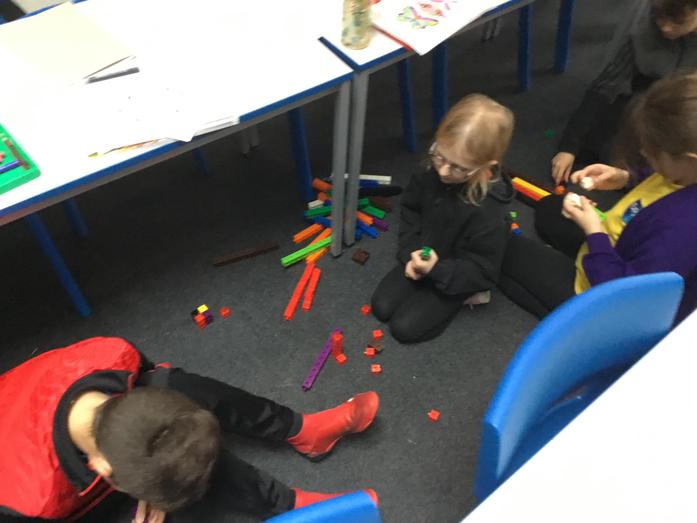 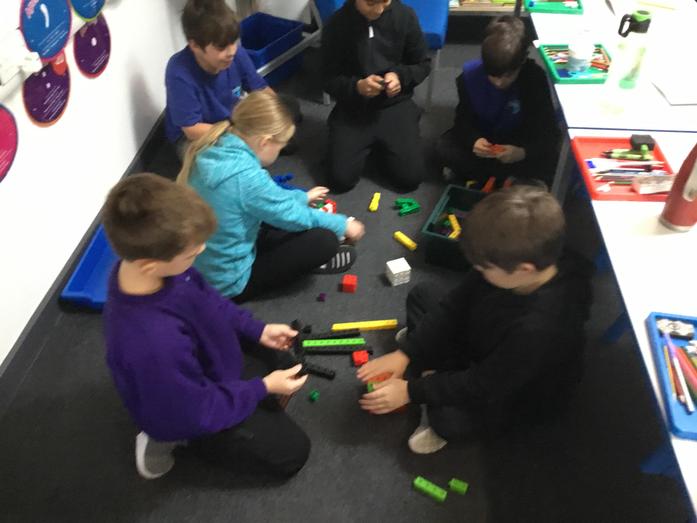 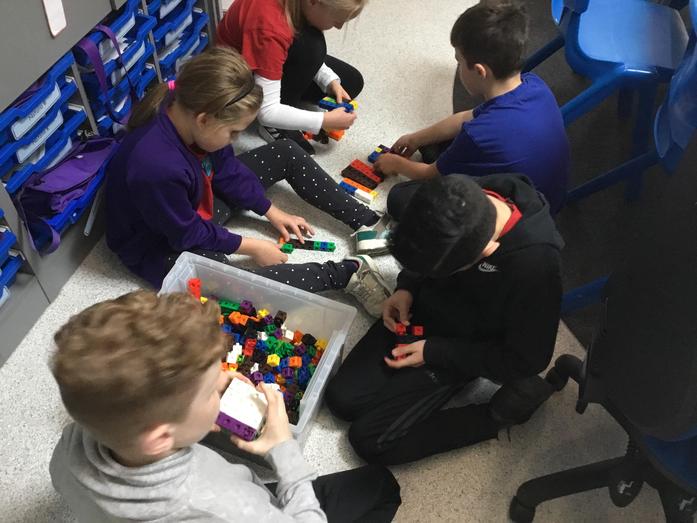 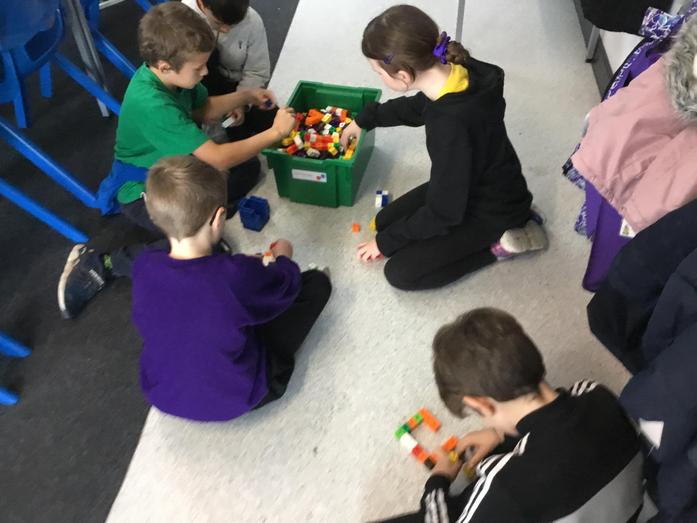 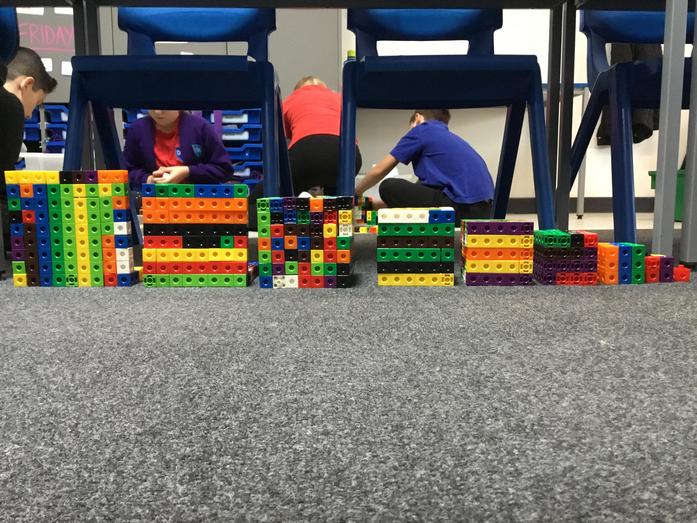 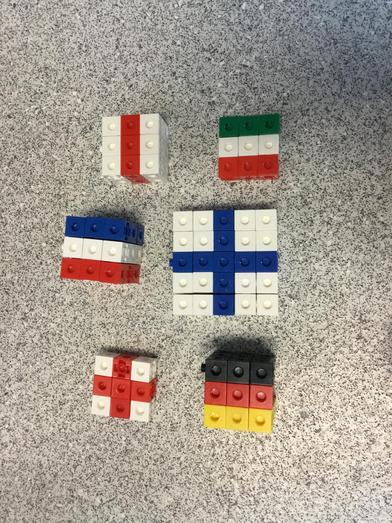 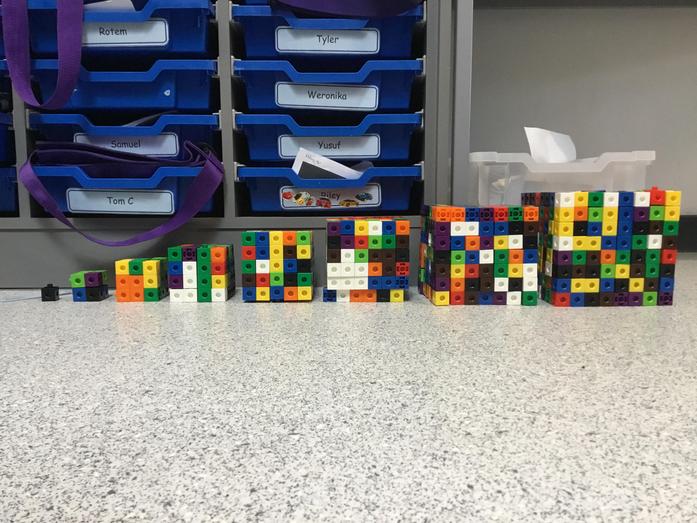 We started a new unit in English this week looking at tales from other cultures. We learnt about Shahrazard, the teller of 1001 tales, who told a story every night to a heartbroken king, but left each one unfinished so he'd ask her back the next night.  We first learnt about the 'Tale of the Anklet', a story with many similarities to Cinderella. We then moved to SInbad the sailor, who had a run of misfortune after mistaking a whale for an island, then meeting a bird larger than the sails of a galleon. We took on the role of Sinbad and wrote a letter to a merchant friend in Baghdad, telling him of our adventures so far.

We started a new unit in topic this week, starting to learn about China. Firstly we looked to see where China was, focusing in on the hemisphere, continent and surrounding countries. We also compared the UK to China, investigating the size of population, major cities and exports. In Art, we started practising drawings using long perspective, looking at how lines travel diagonally to create a sense of distance.

Topic - The science of pulleys, urbanisation of rural China and the history of the Great Wall.