During this short week we have finished our Topic of ‘Will you read me a story?’. This was celebrated with a ‘Fairy tales Tea party’ on Tuesday. Children enjoyed dressing up as characters and having an afternoon outside playing games together. We also did an Easter egg hunt!

We looked at weight this week, children used the language of heavier, heaviest, lighter, lightest and balanced. Using balanced scales, children explored the weight of different items and ordered them.

We looked for signs of spring this week as the children competed in the Spring Hat competition, winners were announced during assembly.

We would like to say well done to all the children for a fantastic but unusual term where they returned to school, we hope you all have an enjoyable break, Happy Easter!

Next week is: work This week in Reception we have moved to a different traditional tale - Goldilocks and the Three Bears. The children have enjoyed becoming familiar with the story and the repeated phrases that accompany it e.g. "it was just right". During topic lessons we have done a number of different activities that link to the story, such as writing a Wanted Poster for Goldilocks, story mapping the events in the right order, writing a recipe for the famous porridge and even making and trying our own porridge. Most of the children said it was delicious!

In maths this week we have returned to addition however now moving on to the 'counting on' method to work out addition number problems. This is where the children start with the first number and count on from it.

The children have explored this with Numicon, number lines and and adding counters. 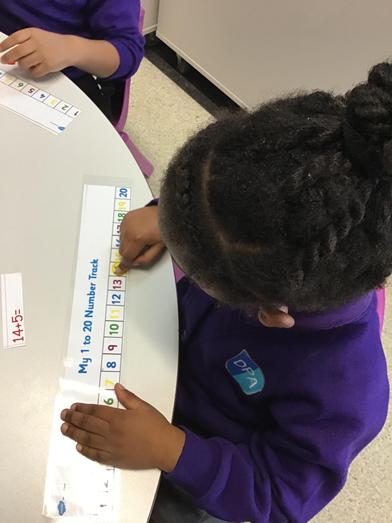 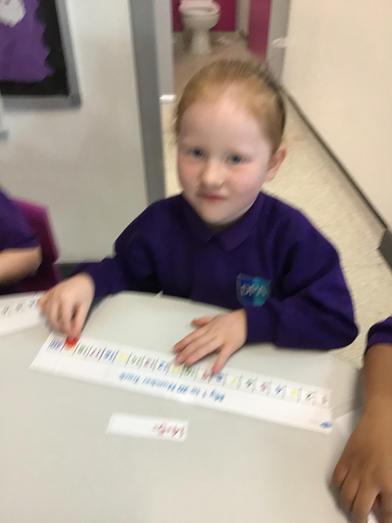 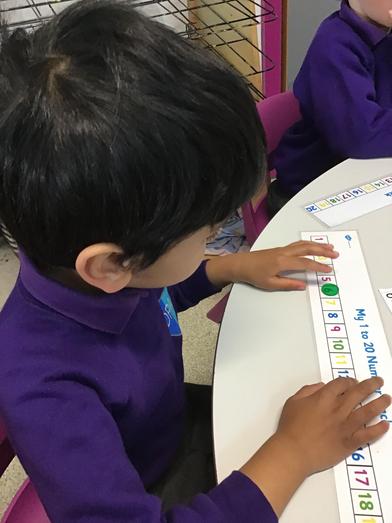 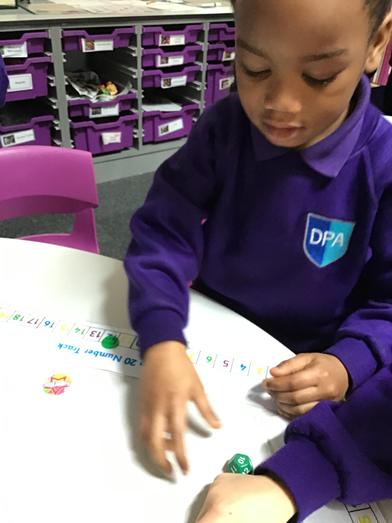 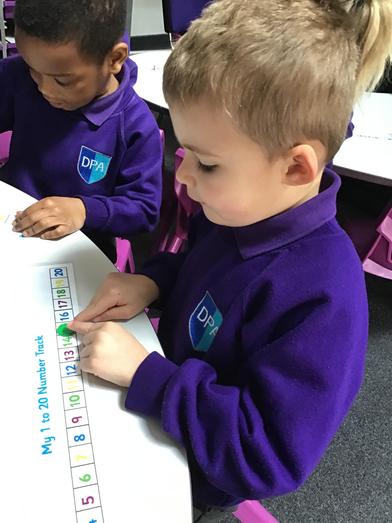 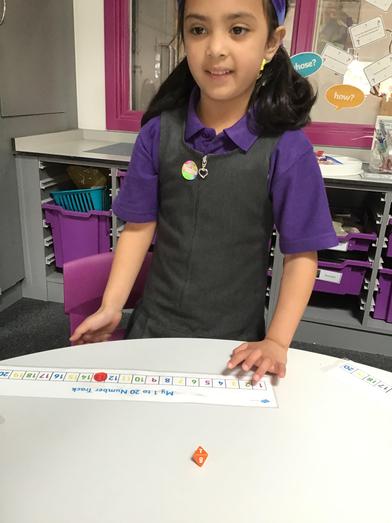 Next week is the last week of term, we will be moving on to our last traditional tale of our topic of 'The Three Little Pigs' and also begin to explore weight in maths.

To celebrate the end of the topic, we have organised a Fairytale Tea Party on Tuesday. Your child is welcome to come in to school dressed as their favourite fairy tale character. 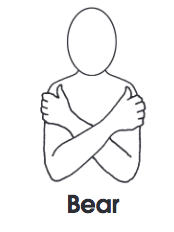 We have had another full week back at school and the children have settled back into the routine.

We have had a focus on learning behaviours, listening, playing with kind hands and taking turns.

This week we moved on to a new area of maths, halving. Children practised by cutting fruit in half, sharing counters to find half of numbers and using different length rods to find two halves that make a whole. We have been using the language of ‘share, half, whole’.

We have continued our traditional tales topic by looking at the story of the ‘Three Billy Goats Gruff’. The children have really enjoyed this story, particularly when the big goat pushes the troll in the river! We practised telling the story on our bridge in the outside area and designed our own troll!

Children have enjoyed retelling the story during their independent time, some even made their own puppets! We have been building bridges for the troll and creating artwork.

Makaton sign this week was: the days of the week: Monday, Tuesday, Wednesday, Thursday, Friday

Next week is: March First week back to school:

It has been lovely to welcome all of Reception back to school after a term and a half! They have all settled back into school very well and were so pleased to see all there friends again.

We have continued our topic of 'Will you read me a story?' and focused this week on the traditional tale 'The Gingerbread Man'. The children have enjoyed learning about the characters and the repeated phrase of 'run, run as fast as you can, you can't catch me I'm the Gingerbread Man'! The children have continued to explore story maps however have also experimented with sinking and floating to find out why the gingerbread man did not swim across the river.

In maths this week we have started doubling and understanding that this is 'the same thing again'. We have explored this in a number of ways including using resources such as mirrors, ladybird wings and folding butterfly wings to start learning doubles for numbers up to 10. 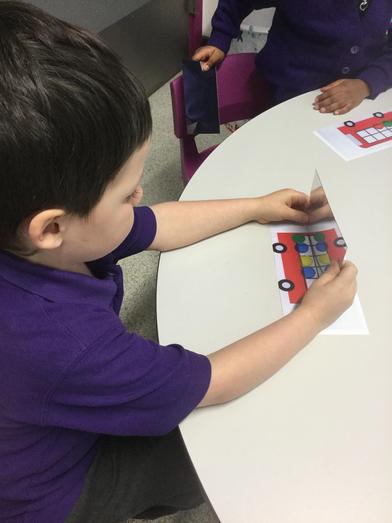 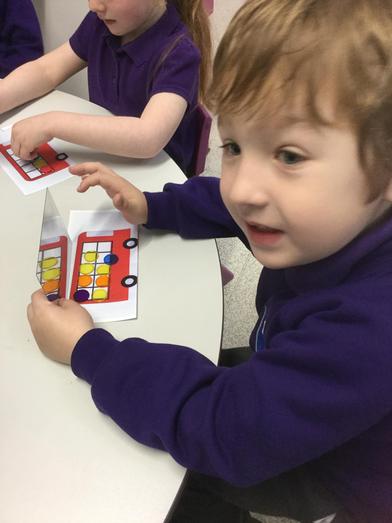 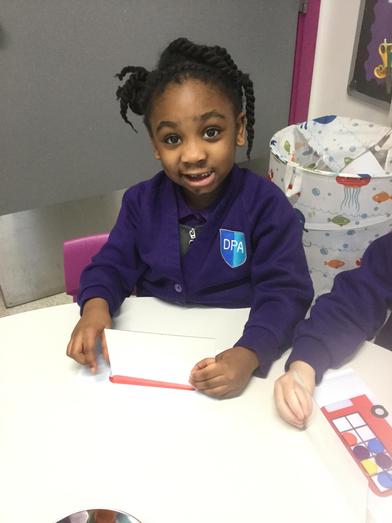 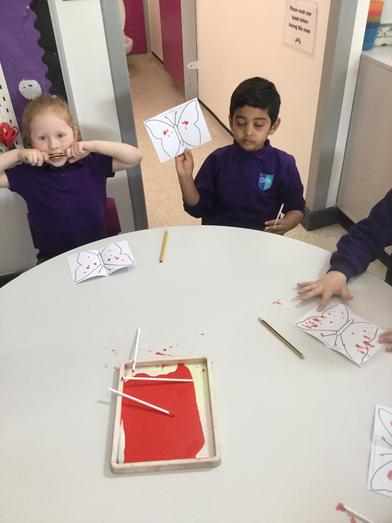 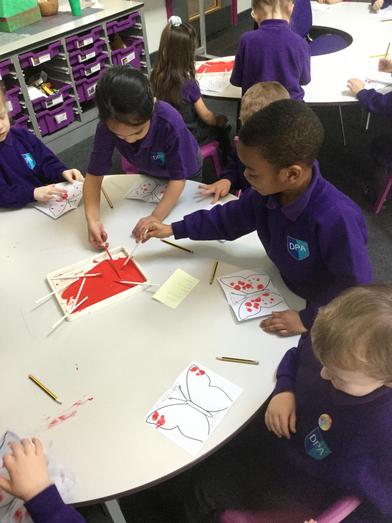 The exploring time activities have been based around traditional tales:

This week is the days of the week: Monday, Tuesday, Wednesday, Thursday, Friday 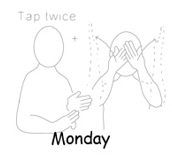 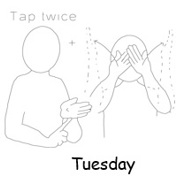 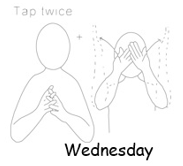 Please find updates on the week in newsletter below:

Next week is: school 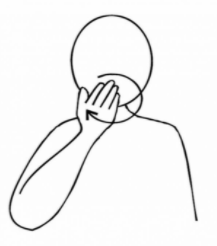 See Lockdown Newsletter 7 for updates for this week:

Resources for next week: